Photos from some events 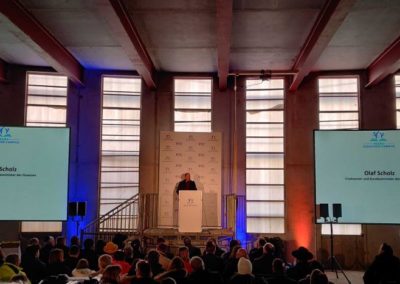 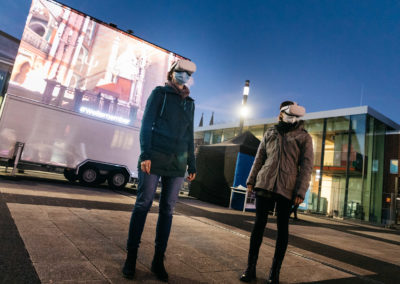 Virtual reconstructions of synagogues that were destroyed or severely damaged during the Pogrom Night on November 9/10, 1938. In 2021, during the nights of 9 and 10 November, we realized projections in 13 German cities, at the sites of the destroyed synagogues, on the buildings that stand there today. Additionally we presented the virtual reconstructions with VR headsets. 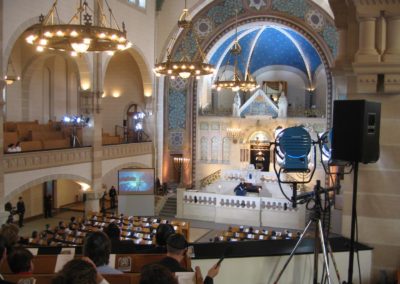 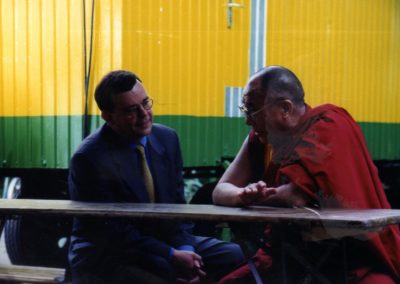 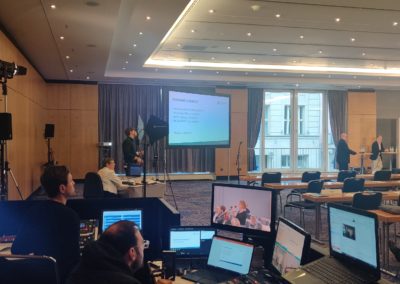 Virchowbund – Association of Physicians in Private Practice in Germany

Federal General Meeting 2021 in the MaritimproArte 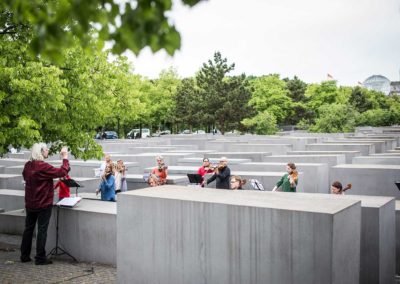 concert at the memorial – livestream

#niemalsverstummen – concert at the memorial 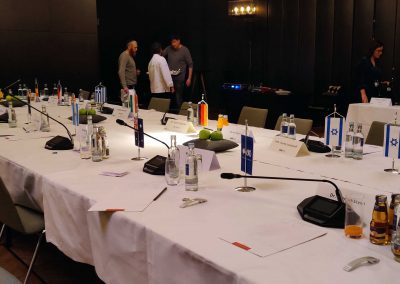 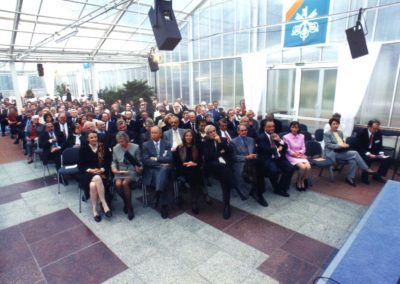 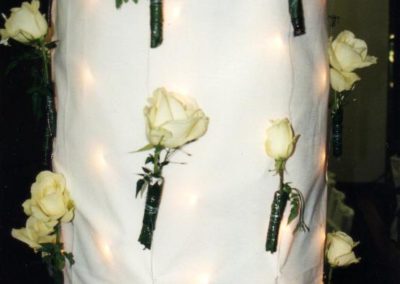 4000 white roses in a vase, on white tissue, through which a chain of lights is shining. 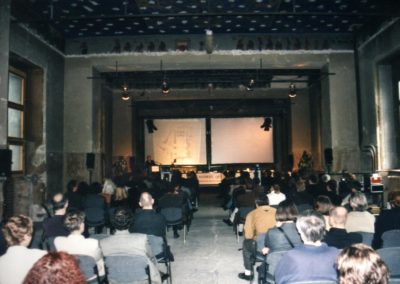 With the star architects at the Neues Museum Berlin, 1996, before the renovation. 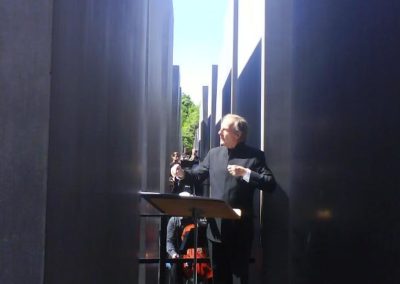 Concert at the Memorial to the Murdered Jews of Europe 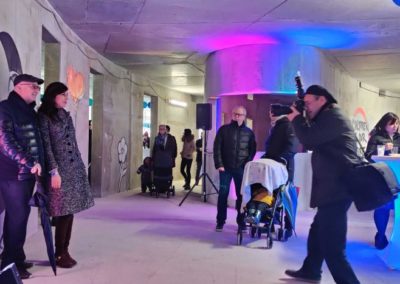 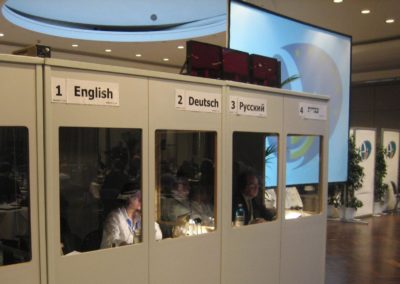 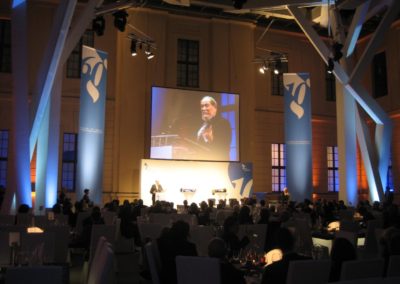 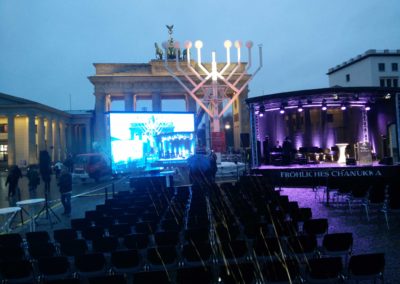 Rabbi Teichtal and Federal President Steinmeier light the first light at Europe’s largest Chanukkia, in front of the Brandenburg Gate in Berlin 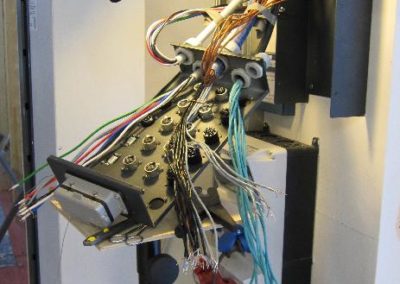 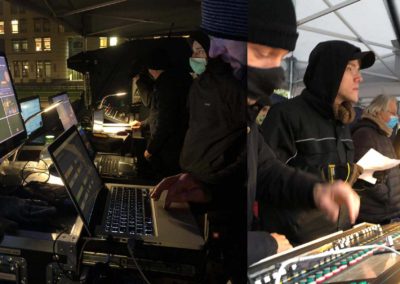 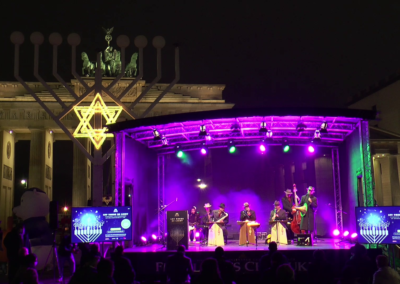 Chanukah 2020 in front of the Brandenburg Gate Berlin 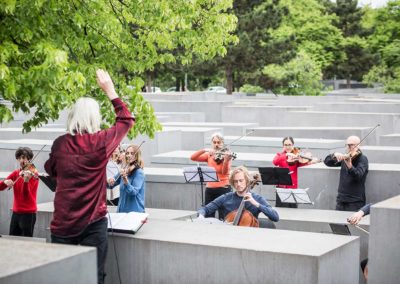 concert at the memorial – livestream 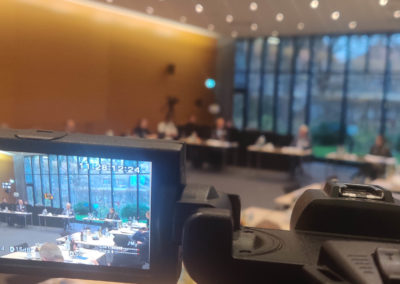